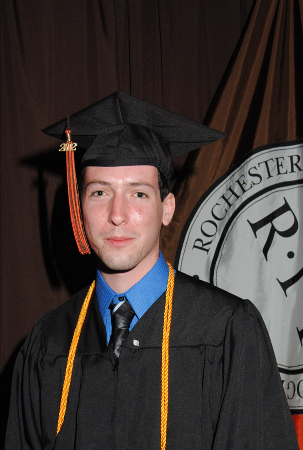 Conlan Wesson graduated from Rochester Institute of Technology in May 2012 with a Bachelor of Science in Software Engineering. Conlan's professional interests are primarily in real-time and embedded systems. While at RIT, Conlan studied a number of courses relating to these interests, earning a minors in Computer Engineering and Computer Science.

After RIT, he worked as a Senior Software Engineer for the Harris Corporation, RF Communications Division, in Rochester, NY for five years. In this position he developed software for the Falcon III software-defined radios utilizing C++ on QNX and Linux operating systems.

Conlan later moved to the Seattle, WA area to work for Tethers Unlimited Inc. as a Senior Embedded Software Engineer. He currently works on SWIFT avionics and software-defined radios for satellites. Starting in 2021, Conlan is currently enrolled at University of Washington persuing a Master of Science in Computer Science & Engineering.

In addition to radios, Conlan has a deep interest in space flight, space exploration, and astronomy. Conlan's senior project at RIT was a six-degrees-of-freedom flight simulator for Moog Inc. The software used an open-source flight simulator, FlightGear, to generate a 3D environment and instrument console, and received input from a dSPACE flight dynamics model via an ARINC-429 bus. The project required cooperation with three other teams of mechanical and electrical engineers.